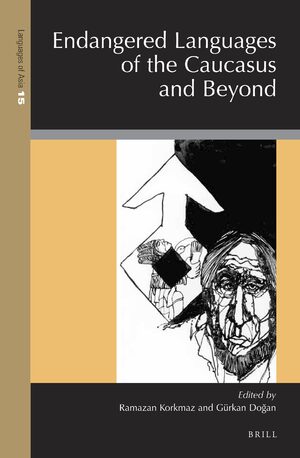 Endangered Languages of the Caucasus and Beyond

Volume Editors: Ramazan Korkmaz and Gürkan Doğan
According to UNESCO, it is believed that at least half of the nearly 7,000 languages spoken around the world will cease to be used within the next 100 years. If this issue is neglected, people will lose not only their cultural heritage but also invaluable understandings about the history of all humankind. Endangered Languages of the Caucasus and Beyond includes the manuscripts of 19 papers that were presented at the 1st International CUA Conference on Endangered Languages, organized by the Caucasus University Association (CUA), at Ardahan, Turkey, on 13 to 16 October 2014. The articles address issues such as the state of the field of documentation, conservation and revitalization of endangered languages with special reference to the endangered languages in the Caucasus region and beyond.

€110.00$132.00
​
Add to Cart
Prof. Dr. Ramazan Korkmaz, Ph.D. (1991), Ardahan University, is Professor of Turkish Language and Literature at that university. He has extensive knowledge, skills and experience in the fields of Turkish, Caucasus and Central Asian Turkish literatures, languages and folk lives. He has published many articles and books on different aspects of modern Turkish language and literature, including The Shortest Story as a New Genre in Turkish Literature (Grafiker Publications, 2011).

Prof. Dr. Gürkan Doğan, Ph.D. (1992), Ardahan University, is Professor of Linguistics at that university. He has published many articles on the pragmatic aspects of literary language and collected most of them in Utterance Interpretation Processes (Kesit Publications, 2015). He also published four books of poetry, including Veranda (Gelişim Sanat Publications, 2015).

Chapters:
1. Consequences of Russian Linguistic Hegemony in (Post-)Soviet Colonial Space - by Gregory S. Anderson.
2. The Contacts between the Ossetians and the Karachay-Balkars, According to V.I. Abaev and Marrian Ideology - by Johnny Cheung.
3. Why Caucasian languages? - By Bernard Comrie.
4. Internationak Research Collaboration on Documentation and Revitalization of Endangered Turkic Languages in the Ukraine: Crimean Tatar, Gagauz, Karaim, Qrymchack and Urum Experience - by İryna M. Dryga.
5. Cases-Non-cases: At the Margins of the Tsezic Case System - by Diana Forker.
6. Language Edangerment in the Balkans with Some Comparisons to the Caucasus - by Victor A. Friedman.
7. Instilling Pride by Raising a Language's Prestige - by George Hewitt
8. Unwritten Minority Languages of the Daghestan: Status and Conservation Issues - by Zaynab Alieva and Mazhid Khalikov
9. Report on the Fieldwork Studies of the Endagered Turkic Languages - by Yong-Sŏng Li
10. Empire, Lingua Franca, Vernacular: The Roots of Endangerment - by Nicholas Ostler
11. Endangered Turkic Languages from China - by Mehmet Ölmez
12. The Death of a Language: the Case of Ubykh - by A. Sumru Öszoy
13. Diversity in the Dukhan Reindeer Terminology - by Elisabetta Ragagnin
14. How Much Udi is Udi? - by Wolfgang Schulze
15. Language Contact in Anatolia: The Case of Sason Arabic - by Eser Erguvanli Taylan
16. Language and Emergent Literacy in Svaneti - by Kevin Tuite
17. The Internet as a Tool for Language Development and Maintenance? The Case of Megrelian - by Karina Vamling
18. Linguistic Topography and Language Survival - George van Driem
19. And So Flows History - by Alexander Vovin 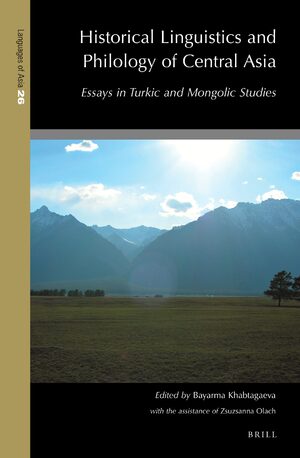 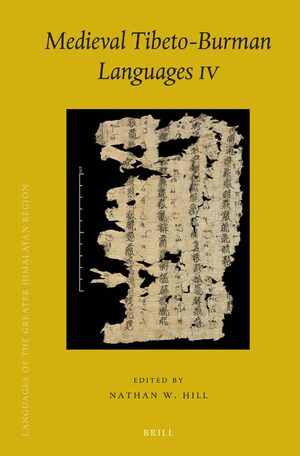 Philology of the Grasslands 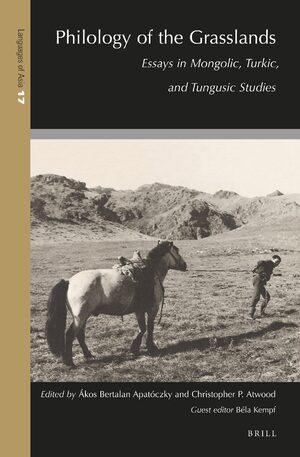