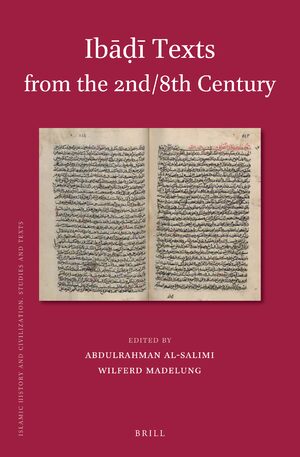 Ibāḍī Texts from the 2nd/8th Century

Editors: Wilferd Madelung and Abdulrahman al-Salimi
In Ibāḍī Texts from the 2nd/8th Century Abdulrahman Al-Salimi and Wilferd Madelung present an edition of fourteen Ibāḍī religious texts and explain their contents and extraordinary source value for the early history of Islam. The Ibāḍīs constitutes the moderate wing of the Kharijite opposition movement to the Umayyad and ‘Abbasid caliphates. The texts edited are mostly polemical letters to opponents or exhortatory to followers by ‘Abd Allah b. Ibad , Abu l-‘Ubayda Muslim b. Abi Karima and other Ibadi leaders in Basra, Oman and Hadramawt. An epistle detailing the offences of the caliph ‘Uthman is by the early Kufan historiographer al-Haytham b. ‘Adi. By their early date and independence of the mainstream historical tradition these txts offer the modern historian of Islam an invaluable complement to the well-known literary sources.
E-Book (PDF)

Abdulrahman al-Salimi (Ph.D. Durham 2001) is the editor in chief of the Omani journal al-Tafahom. He has published on Omani studies and early Islamic theology and is the author of Ibadism in East Mesopotamia. Early Islamic Iran, Central Asia and India (Beirut: German Oriental Institute, 2016) and co-editor of Early Ibāḍī Theology (Leiden: Brill, 2014) and Early Islamic Law in Basra in the 2nd/8th Century (Leiden: Brill, 2017).

"Researchers and students of Islamic intellectual history will be grateful for having more material to make sense of the classical period of Islamic theological traditions."
Sajjad Rizvi in: The Muslim World Book Review, 40:3, 2020

Discourses of Purity in Transcultural Perspective (300–1600) 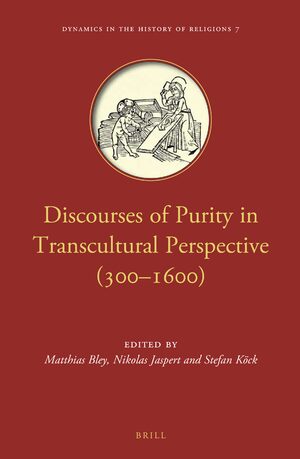 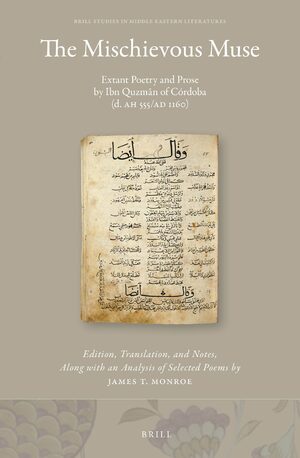 Looking Back at al-Andalus 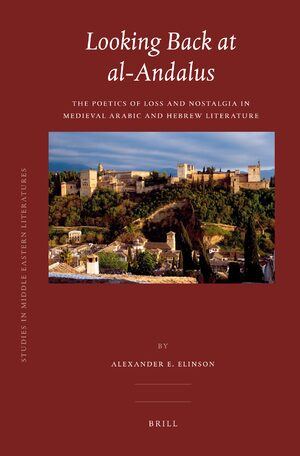