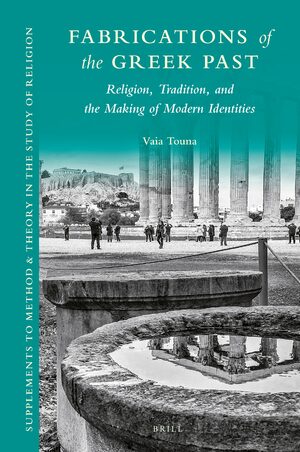 Fabrications of the Greek Past: Religion, Tradition, and the Making of Modern Identities

Author: Vaia Touna
Taking seriously critiques of historiography produced in recent decades, Vaia Touna advocates for an alternative approach to the way the past is studied. From Euripides’ tragedy Hippolytus, to the notion of voluntary associations in the Greco-Roman world, to the authenticity of traditional villages in Greece, Fabrications of the Greek Past argues that meanings (and thus identities) do not transcend time and space, and neither do they hide deep in the core of material artifacts, awaiting to be discovered by the careful interpreter. Instead, this book demonstrates that meanings are always relative to their present-day context; they are historical products created by social actors through their ever-contemporary acts of identification.

“By disturbing the notion of an easily knowable Greek past, Touna makes an invaluable contribution to critical scholarship regarding ancient cultures and to contemporary theory about ideological uses of history.”

“From an insider to Greek tradition, expert in its modern appropriations and translations, Fabrications is an important stimulus to metatheory and self-reflexivity in the study of religion, ancient and contemporary.”

“Vaia Touna expertly dissects modern discourses on the past, arguing that our contemporary interests don't just color our accounts of the past, they constitute them. A fantastic book.”

- Brent Nongbri, author of Before Religion: A History of a Modern Concept
E-Book (PDF)

€110.00$127.00
​
Add to Cart
Vaia Touna, Ph.D (University of Alberta, 2015) is Assistant Professor at the Department of Religious Studies at the University of Alabama. She published in a variety of academic journals and is editor of The Problem of Nostalgia in the Study of Identity (forthcoming with Equinox Publishers).
Anyone interested in discourses of the past, identity, religion, tradition, of particular interest to undergraduate and graduate students in religious studies, history, and classics.