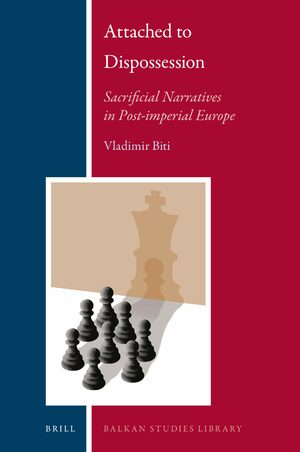 Author: Vladimir Biti
After the First World War, East Central Europe underwent an extensive geopolitical reconfiguration, resulting in highly turbulent environments in which political sacrificial narratives found a breeding ground. They engaged various groups’ experiences of dispossession, energizing them for the wars against their ‘perpetrators’. By knitting together their frustrations and thus creating new foundational myths, these narratives introduced new imagined communities. Their mutual competition established a typically post-imperial traumatic constellation that generated discontent, frustrations and anxieties. Within the various constituencies that structured it through their interaction, this book focuses on literary narratives of dispossession, which, placed at its nodes, develop much subtler technologies than their political counterparts. They are interpreted as individual and clandestine oppositions to the homogenizing pattern of public narratives.

€119.00$138.00
​
Add to Cart
Vladimir Biti, Ph. D. (1971), is Professor of South Slav literatures and cultures at the University of Vienna. Among other works, he is the author of Tracing Global Democracy: Literature Theory, and the Politics of Trauma (De Gruyter, 2016), Literatur- und Kulturtheorie: Ein Handbuch gegenwärtiger Begriffe (Rowohlt, 2000), and the editor of Claiming the Dispossession: The Politics of Hi/storytelling in Post-imperial Europe (Brill, 2017).
Acknowledgements

1 Ruling (Out) the Province and Its Consequences: Sovereignty, Dispossession, and Sacrificial Violence in the Early Work of Miloš Crnjanski and Miroslav Krleža

3 A Rebellion on the Knees: Miroslav Krleža and the Croatian Narrative of Dispossession

6 The Dis/location of Solitude: The Dispossession of the Paternal Protection in Joseph Roth’s The Radetzky March and Radomir Konstantinović’s Descartes’ Death

7 The Politics of Remembrance: Walter Benjamin’s Berlin Childhood around 1900 and Miroslav Krleža’s A Childhood in Agram in 1902–1903

All interested in post-imperial Central and South East Europe, Austrian, German, Jewish, and Slavic literatures, world literature, nationalism, cosmopolitanism, narrative and trauma studies, and the history of the twentieth century.