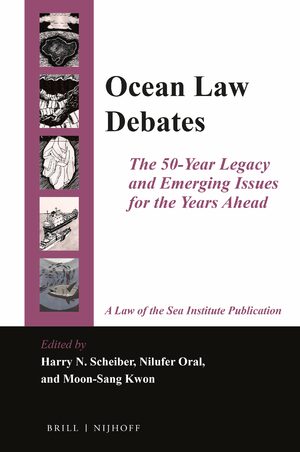 The 50-Year Legacy and Emerging Issues for the Years Ahead

Editors: Harry N. Scheiber, Nilufer Oral, and Moon-Sang Kwon
The UN Convention on the Law of the Sea (UNCLOS), signed in 1982 and going into force in 1994, was the product of intensive international debates from the 1950s onward. UNCLOS continues to be the subject of vital debates on new initiatives that seek to clarify or expand the scope of the ocean regime. In Ocean Law Debates: The 50-Year Legacy and Emerging Issues for the Years Ahead, distinguished authors analyze the content of these debates, providing both historical perspectives and keen analyses of present-day issues. Several chapters focus on the contributions to debates over half a century’s time by the Law of the Sea Institute, including the controversies involving maritime delimitation issues, creation of marine fisheries law, and responses to the manifold challenges posed by dramatic advances in science and technology. Complementing these historical perspectives, a section of five chapters offers critical discussion of today’s movement to create a regime to sustain biodiversity in the Area Beyond National Jurisdiction. Finally, the volume offers diverse perspectives on the implementation and judicial interpretation of UNCLOS, international whaling regulation, Arctic regional issues, seabed mining problems, the geopolitics of Marine Protected Area declarations, and the role of the IMO in responding to climate change.
E-Book (PDF)

Nilufer Oral is a member of the law faculty at Istanbul Bilgi University where she teaches classes on international environmental law and climate change. Dr. Oral served as a climate change negotiator for the Turkish Foreign Ministry between 2009 and 2016. She was elected as member of the International Law Commission (2017-2021).

Part 1: Fifty Years of Ocean Law Debates: The Law of the Sea Institute

1 The Law of the Sea Institute: A New Forum for Debate of Ocean Law in the 1960s “Decade of Uncertainty”   Harry N. Scheiber 2 The in Hawai’i: Ocean Law and Policy Debates, 1977–96   Sherry Broder 3 Seeking Lines in the Sea: Progress and Challenges in the Delimitation of Maritime Boundaries over the Past 50 Years   Clive Schofield 4 A Legacy of Stewardship for the Public Order of the Oceans: A Memorial Tribute to William T. Burke   Craig Allen 5 Lewis M. Alexander, Modern Master Marine of the Law of the Sea   John Briscoe

Part 4: Debates on a Regime for Biodiversity in the Area beyond National Jurisdiction ( )

Part 5: New Developments (and Challenges) in the Arena of Ocean Law 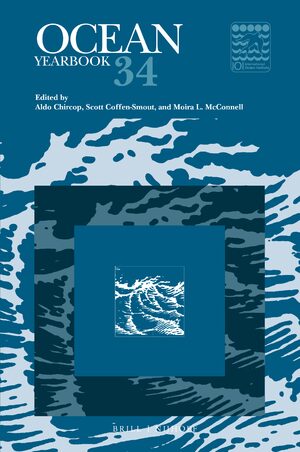 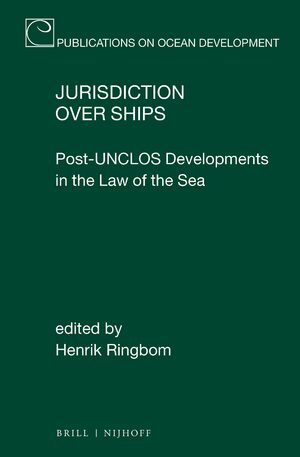 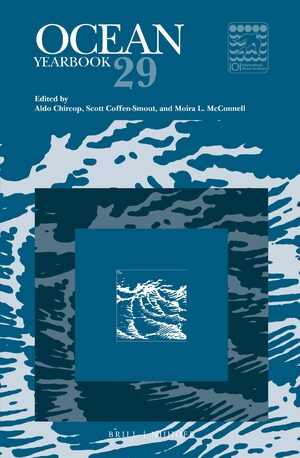