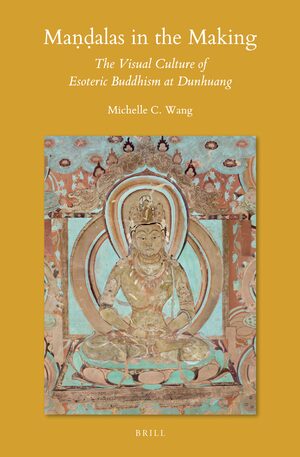 Maṇḍalas in the Making

The Visual Culture of Esoteric Buddhism at Dunhuang

Author: Michelle C. Wang
The first scholarly monograph on Buddhist maṇḍalas in China, this book examines the Maṇḍala of Eight Great Bodhisattvas. This iconographic template, in which a central Buddha is flanked by eight attendants, flourished during the Tibetan (786–848) and post-Tibetan Guiyijun (848–1036) periods at Dunhuang. A rare motif that appears in only four cave shrines at the Mogao and Yulin sites, the maṇḍala bore associations with political authority and received patronage from local rulers. Attending to the historical and cultural contexts surrounding this iconography, this book demonstrates that transcultural communication over the Silk Routes during this period, and the religious dialogue between the Chinese and Tibetan communities, were defining characteristics of the visual language of Buddhist maṇḍalas at Dunhuang.
E-Book (PDF)

€127.00$147.00
​
Add to Cart
Michelle C. Wang, Ph.D. (Harvard, 2008), is Assistant Professor in the Department of Art and Art History at Georgetown University. A specialist in medieval Chinese art, her publications have addressed Buddhist maṇḍalas, Dunhuang painting, and art of the Silk Road.

4 Maṇḍalas, Repentance, and Vision
The Vajra Realm in Ritual Manuals from Dunhuang
The Five Buddhas and Repentance Altars

All those with an interest in cross-cultural interactions in Chinese and Tibetan visual culture and Buddhism, as well as specialists in esoteric Buddhism, Silk Road art, and Dunhuang studies.