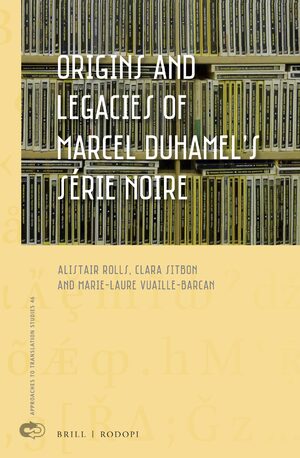 Authors: Alistair Charles Rolls, Clara Dominque Sitbon, and Marie-Laure Jacqueline Vuaille-Barcan
In Origins and Legacies of Marcel Duhamel’s Série Noire Alistair Rolls, Clara Sitbon and Marie-Laure Vuaille-Barcan counter the myths and received wisdom that are typically associated with this iconic French crime fiction series, namely: that it was born in Paris on a tide of postwar euphoria; that it initially consisted of translations of American hard-boiled classics by the likes of Dashiell Hammett and Raymond Chandler; and that the translations were rushed and rather approximate. Instead, an alternative vision of Duhamel’s translation practice is proposed, one based on a French tradition of auto-, or “original”, translation of “ostensibly” American crime fiction, and one that appropriates the source text in order to create an allegory of the target culture.

€105.00$121.00
​
Add to Cart
Alistair Rolls, Ph.D (1998), University of Nottingham, is Associate Professor of French Studies at the University of Newcastle, Australia. He has published monographs, edited collections and numerous articles on twentieth-century French fiction, including Paris and the Fetish: Primal Crime Scenes (Rodopi, 2014).
Clara Sitbon, Ph.D. (2015), University of Newcastle, Australia, lectures in French at the University of Sydney. She has published a number of articles and book chapters on the theory of literary hoaxes. She is currently completing a monograph on Vernon Sullivan.
Marie-Laure Vuaille-Barcan, Ph.D. (2007), University of Newcastle, Australia, is Senior Lecturer in French Studies at that university. She has published monographs, translations and articles on French and Australian literature, including Transfert de langue, transfert de culture (Peter Lang, 2012).
“The insistence on the surface, a rejection of symptomatic reading, searching for latent meanings within texts is part of a conversation taking place that challenges existing perceptions of literature, what literature is, and how we should read it. […] This engaging and compelling book demonstrates that just such an approach is both novel and fruitful for engaging with the literature we read now.” - Daniel Magennis, in: New Voices in Translation Studies Vol. 19 (2018) pp.38-43
Acknowledgements

1 Edgar Allan Poe and Charles Baudelaire: The Origins of a Noir Skopos

2 Peter Cheyney: The Man Who Was Dangerous

3 James Hadley Chase, Miss Blandish and the Hidden Face of the Série Noire

4 Vernon Sullivan, Forever on the Sidelines of the Série Noire

5 Jim Thompson and the Lost Souls of the Série Noire

6 Douglas Kennedy, the Man for Whom Crime Paid

Conclusion: Where to from Here for Série Noire Studies?

Undergraduate and postgraduate students of French and English literature, Crime Fiction, and American Studies; academics in French Studies and those working in the area of twentieth-century crime fiction; public and university libraries. 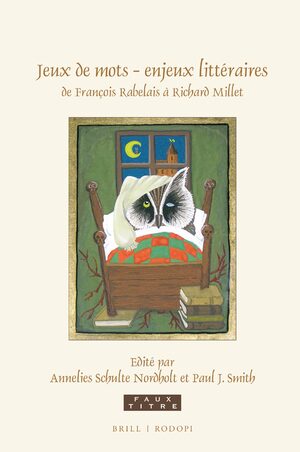 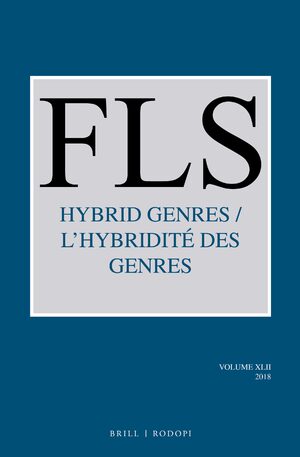 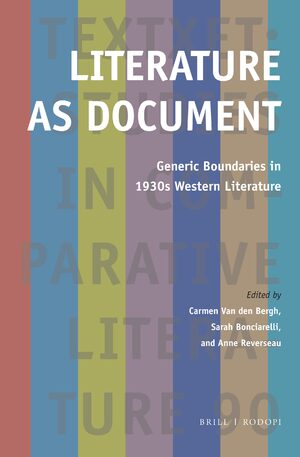