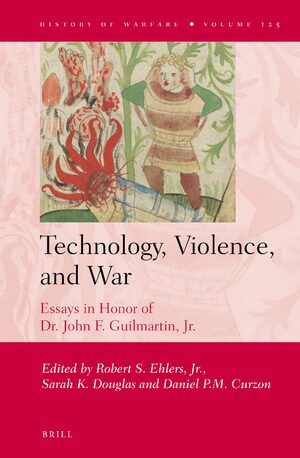 €132.00$159.00
​
Add to Cart
Robert S. Ehlers, Jr., Ph.D. (2005), The Ohio State University, is the Senior Mentor for Department of Defense Information Environment Advanced Analysis Course. Known for his works on World War II Allied air forces, including Targeting the Third Reich and The Mediterranean Air War.
Sarah K. Douglas, Ph.D. (2015), The Ohio State University, is a Lecturer at OSU, teaching a range of military history courses from the middle ages to Vietnam. Her first book, Partus Pestilentiae, is currently being reviewed for publication.
Daniel P.M. Curzon, Ph.D. candidate, The Ohio State University, is working on a dissertation entitled Pacific Triumvirate, concerning the relations among Great Britain, Japan, and the United States of America.
Acknowledgements
List of Illustrations, Tables and Maps
Notes on Contributors

Introduction
1 Technology and Strategy: What Are the Limits?
John F. Guilmartin Jr.


5 If You Can Be Seen, You Can Be Killed: The Technological Increase in Killing Zone during the American Civil War
Edward B. McCaul, Jr.
6 Without Experience or Precedent: Transformational Technology and the Light Draft Monitors
William Roberts
7 The Uganda Railway and the Fabrication of Kenya
Robert H. Clemm


8 German Technology and the Origins of World War in East Asia
Robyn Rodriguez
9 Freeman’s Folly: The Debate over the Development of the “Unarmed Bomber” and the Genesis of the de Havilland Mosquito, 1935–1940
Sebastian Cox
10 The Impact of Institutional Context: Anglo-American Naval Fire Control
Corbin Williamson
11 Strategy, Technology, and Timing: Aircraft, the Mediterranean Air War, and the Turning of the Tide in the European Theater
Robert S. Ehlers, Jr.

This work is particularly useful for military historians, military professionals, and policymakers. It is also vital for graduate and undergraduate students in military history, and the history of science and technology.