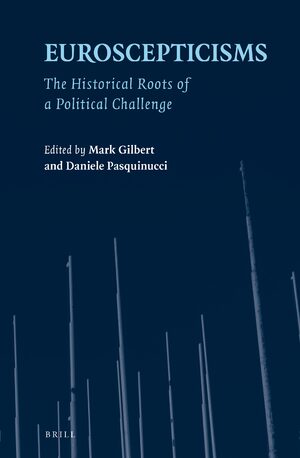 The Historical Roots of a Political Challenge

Volume Editors: Mark Gilbert and Daniele Pasquinucci
Euroscepticism has become a political challenge of imposing size. The belief that the EU would continue, inexorably, to increase its responsibilities, its membership, and its credibility with the electorates of Europe seems like a pipedream. Almost every major European country now has a political party (whether of the left or right) that is openly opposed to the EU’s institutions and core policies. However, a political phenomenon on this scale did not spring up, mushroom-like, overnight. Sentiments, attitudes and political standpoints against the European Union have deep roots in the national histories of the various member states. This book assembles a group of scholars from across Europe to investigate the long-term origins and causes of Euroscepticism in an apposite range of EU countries.

Daniele Pasquinucci, Ph.D., University of Pavia, is Professor of History of International Relations and Jean Monnet Chair at the Department of Social, Political and Cognitive Sciences of the University of Siena. He has written extensively about the history of European integration.

The book aims at meeting the needs, on the one hand, of university professors, researchers and students (both under- and post-graduate) and, on the other hand, practitioners involved in EU affairs.