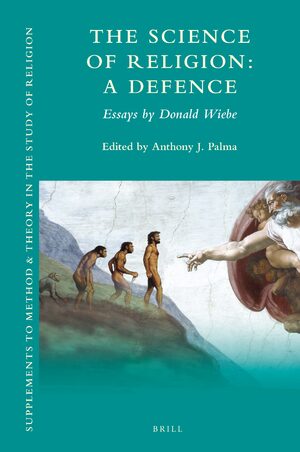 The Science of Religion: A Defence

Editor: Anthony Palma
Author: Donald Wiebe
Donald Wiebe, Professor of Philosophy of Religion at Trinity College, University of Toronto, has spent much of his academic career arguing for a clear demarcation between Theology and Religious Studies. The Science of Religion: A Defence offers a brilliant overview of Professor Wiebe's contributions on methodology in the academic study of religion, of the development of his thinking over time, and of his intellectual commitment to 'a science of religion'.

The work is divided into three parts. The first part identifies pertinent connections between 'religion', 'religious studies', and 'science' and why 'reductionism' in the academic study of religion, when properly applied, can bridge the explanatory gap between the sceptic and the devotee. The second part treats conceptual debates in the academic study of religion, with particular reference to the place of 'belief', 'understanding', and 'meaning' in the modern study of religion. The third part addresses the theological resistance to the scientific study of religion and how that resistance can be overcome. Finally, two new essays are included: a critique on ‘The Preconceptions of a Science of Religion’ by Anthony J. Palma, and an accompanying reply by Donald Wiebe.

The Science of Religion: A Defence is an essential resource for both scholarly and non-scholarly audiences alike, and will be of particular interest to both defenders and critics of a scientific study of religion.
E-Book

€154.00$185.00
​
Add to Cart
Donald Wiebe, Ph.D. (1974), Lancaster University, is Professor of Philosophy of Religion at Trinity College, University of Toronto. He is the author/editor of a number of books and articles on the study of religion in the modern university, including The Irony of Theology and the Nature of Religious Thought (McGill-Queens, 1991), The Politics of Religious Studies: The Continuing Conflict with Theology in the Academy (Palgrave, 2000), and Religion Explained? The Cognitive Science of Religion After Twenty-Five Years (Bloomsbury, 2017). Anthony J. Palma, Ph.D. (2014), University of Toronto, is a Sessional Instructor in the Department of Arts, Media, and Culture at the University of Toronto Scarborough. His dissertation focused on the writings of Canadian philosopher Charles Taylor.
Contents Introduction Anthony J. Palma

Conceptual Debates in the Academic Study of Religion

In Defence of a Science of Religion