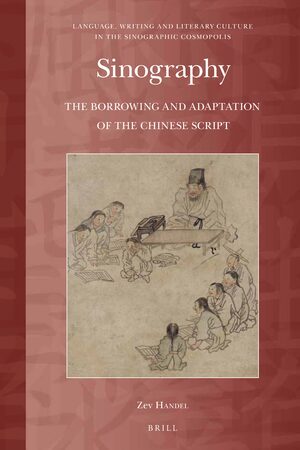 Sinography: The Borrowing and Adaptation of the Chinese Script

Author: Zev Handel
In the more than 3,000 years since its invention, the Chinese script has been adapted many times to write languages other than Chinese, including Korean, Vietnamese, Japanese, and Zhuang. In Sinography: The Borrowing and Adaptation of the Chinese Script, Zev Handel provides a comprehensive analysis of how the structural features of these languages constrained and motivated methods of script adaptation. This comparative study reveals the universal principles at work in the borrowing of logographic scripts. By analyzing and explaining these principles, Handel advances our understanding of how early writing systems have functioned and spread, providing a new framework that can be applied to the history of scripts beyond East Asia, such as Sumerian and Akkadian cuneiform.

€49.00$59.00
​
Add to Cart
Zev Handel, Ph.D. (1998), University of California at Berkeley, is Professor at the University of Washington, Seattle. He works in historical Chinese phonology, Sino-Tibetan linguistics, and East Asian writing systems, and is an associate editor of the Encyclopedia of Chinese Language and Linguistics (Brill, 2017).
"All in all, for students and researchers working on topics related to premodern and early modern “Sinographic East Asia” or the “Sinographic cosmopolis,” Handel’s book is a must-read as it sheds new light on how, over nearly two millennia until the early twentieth century, modern-day East Asia was a tight-knit if virtual intellectual community thanks to the instrumental role played by the shared use of logographic Sinography. Readers with an interest in written Cantonese, a regional lingua franca in the Greater Bay Area in southern China, will also find it a valuable resource as it is often invoked in different parts of the book for comparison and contrast. Finally, for others working on languagecum-culture contact and change, Handel demonstrates convincingly that the theoretical model of script borrowing extrapolated from deep analysis of the historical spread of Sinography has good potential for being fruitfully applied to other contexts of areal contact and script borrowing, ancient or modern." - David C. S. Li, The Hong Kong Polytechnic University, Hong Kong, China and Asia 2 (2020).
" This is an important and wide-ranging book. Its central theme is that in countries around the periphery of China, the way in which the Chinese script was adopted to write languages other than Chinese was profoundly influenced by the typology of the language in each area. This is a macro-thesis, a high-level theory, and the author is the first scholar to take up this idea and explore its ramifications seriously and across virtually the whole geographic region. This has clearly been a mammoth undertaking, and the author is to be commended for his bravery as well as his devotion and determination to carry this pioneering project through to completion." - David Holm, National Cheng Chi University, Taipei, Taiwan, Manusya 23 (2020).
"This is without doubt a profoundly important book, one that applies linguistic rigor of a high order to fundamental problems of the transmission of languages and scripts. What is more, it provides an indispensable and rock-solid basis for further work and as such is an ideal volume to launch the “Language, Writing and Literary Culture in the Sinographic Cosmopolis” series." -Peter Kornicki, Robinson College, Cambridge, JAOS, 141.2 (2021).
All interested in the history of writing and its connection to language, in the nature of early Japanese, Korean, and Vietnamese texts, and in Chinese characters in general. 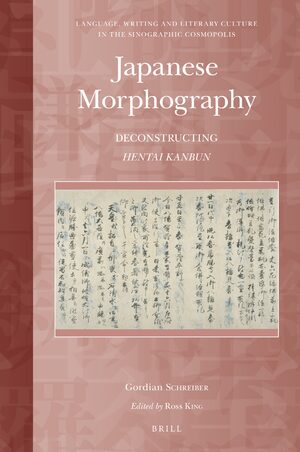 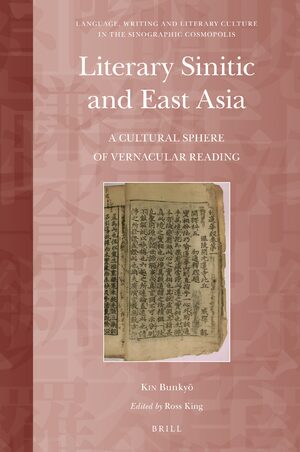 Studies in Japanese and Korean Historical and Theoretical Linguistics and Beyond 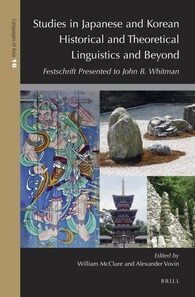