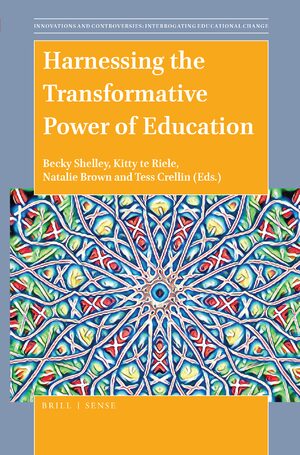 Harnessing the Transformative Power of Education

Volume Editors: Becky Shelley, Kitty te Riele, Natalie Brown, and Tess Crellin
The transformative power of education is widely recognised. Yet, harnessing the transformative power of education is complex for exactly those people and communities who would benefit the most. Much scholarship is available describing the ways in which educational access, opportunity and outcomes are unequally distributed; and much scholarship is dedicated to analysing and critiquing the ‘problems’ of education.

This volume gratefully builds on such analysis, to take a more constructive stance: examining how to better enable education to fulfil its promise of transforming lives.

Harnessing the Transformative Power of Education returns overall to a broader language of educational change rather than reduce our sense of scale and scope of ‘transformation’ to what might be measured in or by schools. It offers a series of practical, local but system wide and socially responsible practices, policies and analyses to support the ways that education can work at its best. The projects described here vary in scale and scope but are rooted in a wider sense of community and social responsibility so that education is considered as a necessary sustainable process to ensure productive futures for all.

Its contributors include not only scholars, but also professional experts and young people. The book’s aim is to share and advance authentic possibilities for enabling all children and young people to flourish through the transformative power of education.

€50.00$60.00
​
Add to Cart
Becky Shelley, PhD (2003), University of Tasmania, is Deputy Director of the Peter Underwood Centre at the University of Tasmania. She is a political scientist who publishes on political economy, comparative analysis, and social policy. Her publications include Democratic Development in East Asia (Routledge, 2005).

Kitty te Riele, PhD (2003), University of Sydney, is Professor and Deputy Director of the Peter Underwood Centre at the University of Tasmania. Her publications on education include Interrogating Conceptions of “Vulnerable Youth” in Theory, Policy and Practice (Sense, 2015).

Natalie Brown, PhD (2000), University of Tasmania, is Director of the Peter Underwood Centre. Natalie’s research is in STEM education, higher education and professional learning. Her publications include Educational Research and Professional Learning in Changing Times (Brill, 2012).

Tess Crellin, First Class Hons (2009), University of Sydney, is a Research Assistant at the Peter Underwood Centre at the University of Tasmania. Her publications include contract research reports for the Centre, and magazine articles in Lume.


Vignette B: Exploring Successful Learning with Lucas and Lily: What Can a School-University Partnership Offer to Enhance the Education of Senior Secondary Students and Prepare Them for What’s Next in Their Learning?
Jess Woodroffe, Tom Viney, Michael Craw, Lily Spencer and Lucas Long
5 Using the Practice of Statistics to Design Students’ Experiences in STEM Education
Noleine Fitzallen and Jane Watson
6 Pedagogies in Science Education for Social Justice
Barbara Kameniar and Jacinta Duncan
7 A Framework for Quality Flexible Learning Programs
Kitty te Riele

The High Stakes of Testing 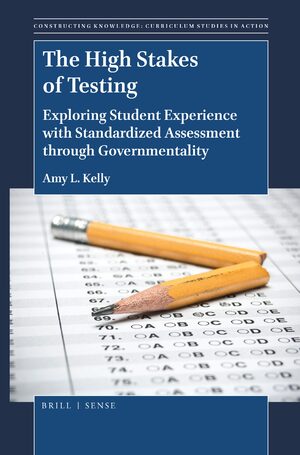 The Drama of Reality Television 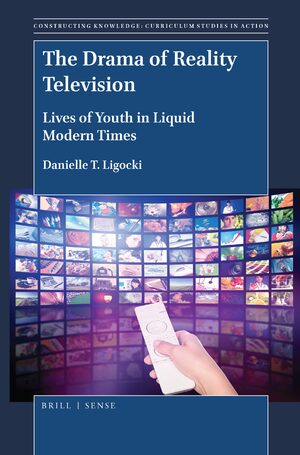 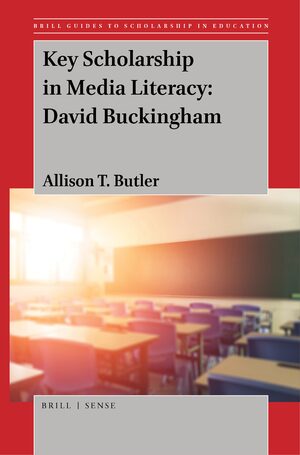