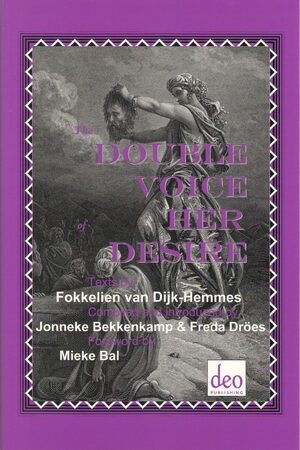 The Double Voice of Her Desire

Editors: J J. Bekkenkamp and F. Dröes
To the attentive listener, women’s texts speak with a “double voice.” Women are quite capable of telling a conventional story, reflecting the expectations of the dominant culture. However, at the same time they tell their own, muted story. Such stories are fragments of resistance, and anyone who has experience of living on the margins can track them down. Such was the view of Fokkelien van Dijk-Hemmes (1943-1994).

This is a comprehensive collection of the late scholar’s groundbreaking work in feminist biblical interpretation, in English translation. The essays document Van Dijk-Hemmes’ development and show how her work relates to contemporary developments in feminist thinking. There is a Foreword by Mieke Bal, an in memoriam by Athalya Brenner, and an overview of van Dijk-Hemmes’ extensive output of books and articles completes the volume.

Fokkelien van Dijk-Hemmes taught Women’s Studies and Old Testament at the University of Utrecht. Her pioneering work of feminist interpretation, tragically cut short, was highly influential both inside and outside the Netherlands.
Translated by David E. Orton
E-Book