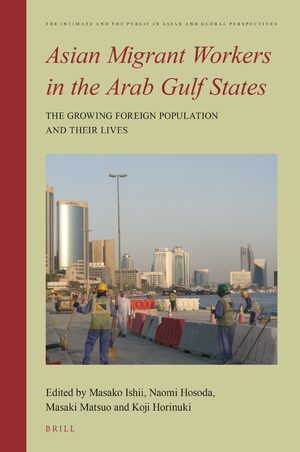 The Growing Foreign Population and Their Lives

Instead of assuming that segregation is disadvantageous for migrant workers, it emphasizes multiple aspects and presents various voices. In this way, the book tries to unfold the region’s segregated socioeconomic space, as well as its new forms of networking and connectedness, in order to understand how the various peoples coexist: a situation that often entails conflict and discrepancies between expectations and reality.
E-Book (PDF)

€99.00$120.00
​
Add to Cart
Masako Ishii, Ph.D. (2000), is Professor at the College of Intercultural Communication, Rikkyo University (Tokyo, Japan). Her main research interest is Area Studies on Muslim society in the Philippines focusing on gender, migration and peace process.

Masaki Matsuo, Ph.D. (2003), is Associate Professor at the School of International Studies, Utsunomiya University (Japan). He has studied the political economy of the Middle East, focusing on the relation between the re-distribution of oil wealth and the authoritarian regimes. He uses both qualitative field research and quantitative statistical analysis. His publications include "Authoritarianism and Labor Market: Preference of Labor Policies in the Arab Gulf Countries", IDE Discussion Paper No. 514 (2015).

Koji Horinuki, Ph.D. (2011), is a Senior Researcher at JIME Center, the Institute of Energy Economics, Japan (IEEJ). His main research interests are contemporary Gulf politics, security, and social affairs. His works in English include: “Japan in the Gulf: Between Intra-Bureaucratic Politics and Inter-Asian Rivalry,” in The Emerging Middle East-East Asia Nexus, (coauthor with Namie Tsujigami, 2015).

Part 1: Migration Policy and the Relationship between Nationals and Migrant Workers

Excursus 1: What Are the Arab Gulf States?
Masaki Matsuo and Koji Horinuki

6 Formal and Informal Protection for Domestic Workers: A Case of Filipinas
Masako Ishii

7 Survival Strategies and Migrant Communities in the Arab Gulf States: A Case of Filipino Workers in the
Naomi Hosoda

8 Does Religious Conversion Transcend the Boundaries of Multiple Hierarchies? Filipino Migrant Workers Embracing Islam in the and Qatar
Akiko Watanabe

Excursus 4: An Indian Expatriate’s Perspective about the
N. Janardhan

This work is a textbook styled book relevant not only for scholars and academicians, but also for a wider audience, including government officials, policy makers, and NGO activists.