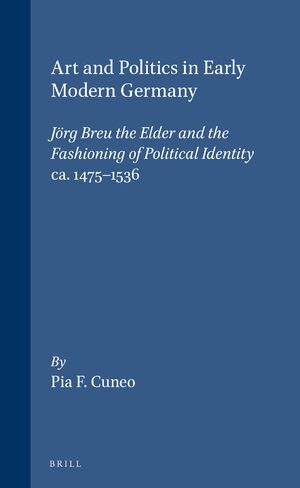 Art and Politics in Early Modern Germany: Jörg Breu the Elder and the Fashioning of Political Identity, ca. 1475-1536

Series:  Studies in Medieval and Reformation Traditions, Volume: 67
Author: Cuneo
An exploration of the interaction between art and politics in early modern Germany, this work focuses on art, political in content, produced by the Augsburg artist Jörg Breu the Elder during the second and third decodes of the sixteenth century. The book argues for the function of the art as fashioning political identities.
The artist Jörg Breu is first introduced. His work for the city of Augsburg and for Habsburg and Wittelsbach rulers are examined. These works are placed within their historical context and analyzed according to how they articulate themes of warfare, ceremony, and history in order to construct political identity.
The analysis of Breu's city chronicle and of the response of his art to political contest is particularly useful for historians of art and of politics.
Hardback