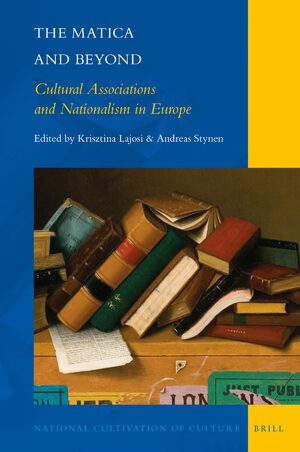 The Matica and Beyond

Cultural Associations and Nationalism in Europe

Editors: Krisztina Lajosi and Andreas Stynen
Nineteenth-century national movements perceived the nation as a community defined by language, culture and history. Part of the infrastructure to spread this view of the nation were institutions publishing literary and scientific texts in the national language. Starting with the Matica srpska (Pest, 1826), a particular kind of society was established in several parts of the Habsburg Empire – inspiring each other, but with often major differences in activities, membership and financing. Outside of the Slavic world analogues institutions played a similar key role in the early stages of national revival in Europe. The Matica and Beyond is the first concerted attempt to comparatively investigate both the specificity and commonality of these cultural associations, bringing together cases from differing regional, political and social circumstances.

€126.00$152.00
​
Add to Cart
Dr. Krisztina Lajosi is a Senior Lecturer in Modern European Culture at the Department of European Studies of the Universiteit van Amsterdam. Her research area is nationalism and transnationalism studies, focusing on the intersections between history, media and political thought.

Dr. Andreas Stynen is postdoctoral assistant at KU Leuven, Research Group for Cultural History since 1750. Mainly studying the history of urbanism and national movements, he has also published on musical culture, transatlantic migration and practices of remembrance.

3 The Slovak Matica, Its Precursors and Its Legacy
Benjamin Bossaert and Dagmar Kročanová

4 The Matica in an Ethnic-Regional Context: Sorbian Lusatia and Czech Silesia in Comparison
Miloš Řezník

6 Framing a Regional Matica, from Dalmatian to Croatian
Daniel Baric

11 A Century of Change: The Eisteddfod and Welsh Cultural Nationalism
Marion Löffler

12 “Racy of the Soil”: Young Ireland and the Cultural Production of Nationhood
Roisín Higgins

Afterword: The Maticas in a World of Empires
Alexei Miller

All interested in nationalism, nineteenth-century cultural history and social history.