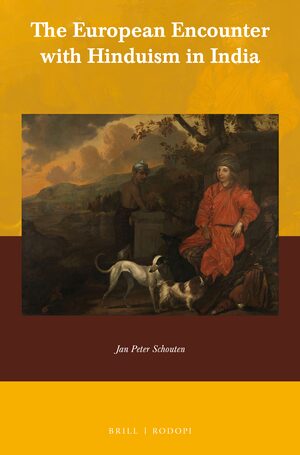 The European Encounter with Hinduism in India

Author: Jan Peter Schouten
Translator: Henry Jansen
In The European Encounter with Hinduism Jan Peter Schouten offers an account of European travellers coming into contact with the Hindu religion in India. From the thirteenth century on, both traders and missionaries visited India and encountered the exotic world of Hindus and Hinduism. Their travel reports reveal how Europeans gradually increased their knowledge of Hinduism and how they evaluated this foreign religion. Later on, although officials of the colonial administration also studied the languages and culture of India, it was – contrary to what is usually assumed – particularly the many missionaries who made the greatest contribution to the mapping of Hinduism.

€49.00$57.00
​
Add to Cart
Dr. Jan Peter Schouten (1949) studied theology and sociology in Amsterdam and Utrecht. He is a retired minister of the Protestant Church in the Netherlands. He has published monographs and articles on Hinduism, including Jesus as Guru(Brill/Rodopi, 2008).
The European Encounter with Hinduism in India is a masterful reflection on Western visitors to India from Marco Polo on, and then too on the colonial era missionary encounters with Hindu texts, practices, and believers. Sensitive to political as well as religious issues, Schouten introduces a wide range of materials very ably, and at every point offers insights into the views and strategies of missionary scholars and educated colonial officials. Readers are prompted to take a new and long view on how the West discovered India, and inevitably to reassess our current political, cultural and religious reactions to the great traditions of Hindu India. - Francis X. Clooney, SJ, Professor of Comparative Theology, Harvard University.

In the history of European contact with India, Roberto de Nobili takes pride of place. This Jesuit was a towering figure; he learned Sanskrit, studied the Veda’s, and wore Brahmin dress (described in rich detail in this book). By doing so, he tried to reach the highest caste in India and started telling the story of the ‘fifth Veda’, the gospel. He created a dilemma for the Christian churches by accepting the caste system (that still exists until today, even though it is perhaps less influential than several centuries ago). The Christian churches in India struggled to integrate Indian culture into their Christian liturgy. They rightly argued that in the guise of Christian mission, colonialism dictated Western habits and should therefore not be seen as universally binding. The Protestant missionaries in India, were convinced of the idolatrous nature of Hinduism. But even they were forced to acknowledge Indian culture as a valid incentive for the Churches in India. As an expert in Hinduism and Christian theology, Jan Peter Schouten is the perfect author to write about the confrontation between Europe and India. - Marcel Poorthuis, Professor of Interreligious Dialogue, Tilburg University.
Acknowledgements
List of Illustrations
Introduction
1A Functioning Temple
2A Long History of Encounter
3The Prehistory of Dialogue
4Terminological Relativisation
1The First Visitors: Marco Polo and the Franciscan Friars
1Beyond Byzantium
2The Mongol Advance
3Marco Polo
4People with Dog’s Heads
5A Strange Culture
6A Separate Caste
7The Friars Speak
8Odoric
9Another Civilisation in View
2Knowledge is Power: Nicolò de’ Conti and Jan Huygen van Linschoten
1Traders Make their Way to India
2A Penitent Apostate
3A Corporate Spy in Action
4A Humanistic Work
5Feasts
6Shocking Religious Phenomena
7A Dutchman in a Portuguese City
8Caste Hierarchy
9Religious Customs and Religious Faith
10Monotheism
11An Unknown World
3A Foreign Culture Baptised: The Jesuits Roberto de Nobili and Thomas Stephens
1Travels to Asia
2Jesuits in Mission
3A Promising Young Man
4In the Capital
5 A Christian Sannyāsī
6De Nobili’s Appeal for Brahmins
7Opposition from the Church
8Local Customs
9 Conversion and Accomodatio
10Affinity with Hinduism?
11Caste as a Stumbling Block
12De Nobili as an Example?
13Thomas Stephens in Goa
14The Purāṇa
4Dutch Ministers in the : Rogerius and Baldaeus
1The Oldest Manual
2Pastor and Missionary
3Rogerius’ Career in the East
4Study on Hinduism
5Sources
6An Honest Report
7The Structure of the Book
8An Appealing Book
9Baldaeus and Mythology
10Sources
11Refutation
12Other Ministers
5A Pietistic Preacher in Danish Territory: Bartholomäus Ziegenbalg
1A Danish Undertaking
2Pietistic Germans
3Preaching in Tamil
4Sources of Language and Religion
5The “Malabar Correspondence”
6On the Path to Salvation?
7Systematic Work
6A Disappointed Missionary: Abbé Dubois
1Reading for the Curious
2A Costly Manuscript
3Missionaries in Turbulent Times
4A Hindu among the Hindus
5Mission Impossible?
6A Manual
7Inclusion of the Lower Castes
8Contamination
9Reincarnation
7British Government Officials: John Muir and Nascent Indology
1The East Indian Company
2An Influential Translation
3A Learned Society
4The Serampore Trio
5‘Little Britain’ in a Foreign Society
6The Christian Faith Disseminated
7Writing in Sanskrit
8Divine Properties
9Hindus Respond to the Challenge
10Other Research into Hinduism
8The Image of the East in the West: Nineteenth- century British India in Fiction and Travel Reports
1Romantic Orientalism
2The First Detective Novel
3Emily Eden: A Lady Travelling in a Strange Land
4Mary Carpenter: A Visitor in Search of Renewal
5D.C. Steyn Parvé: Fear of Rebellion in the Colonies
6Willam Urwick: A Reflective Tour
7A Princely Picture of India: Prince Bojidar
9Missionaries from Switzerland: The Basel Mission in South India
1A Minister Honoured
2On the Road in a Mission Field
3A New Beginning
4Church in India—An Indian Church?
5Mapping a Language
6Examining the Liṅgāyats
7In Search of a Point of Contact
8An Exceptional French Swiss
9Back in Europe
10To America
11The Brahmanical Culture
12Pantheism and the Vedas
10Reflections
1A Fascinating Country
2Wondrous Phenomena
3A Major Stumbling Block
4Minor Stumbling Blocks
5Languages
6A Broad Interest
7Another Religious Structure and Culture
8Idols and Monotheism
9Plurality and Colourfulness
10Nascent Dialogue
Bibliography
Glossary
Index of Names

All researchers of India and the history of Hinduism, and anyone interested in Hindu-Christian dialogue, history of missions and colonialism. 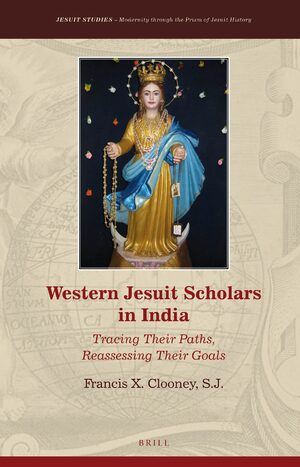 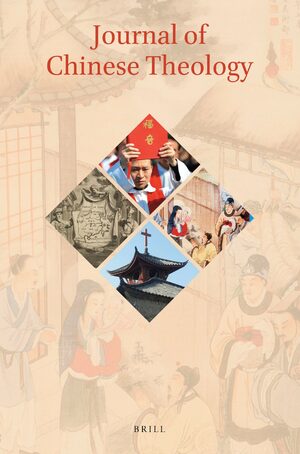 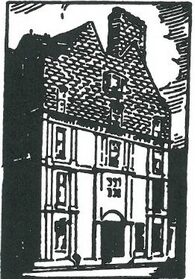