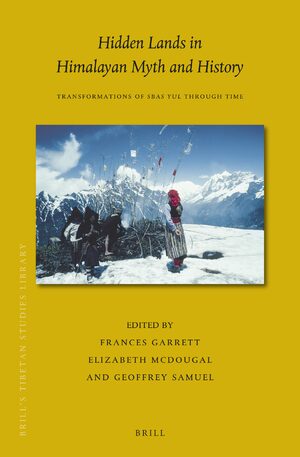 Transformations of sbas yul through Time

Volume Editors: Frances Garrett, Elizabeth McDougal, and Geoffrey Samuel
In an era of environmental crisis, narratives of ‘hidden lands’ are resonant. Understood as sanctuaries in times of calamity, Himalayan hidden lands or sbas yul have shaped the lives of many peoples of the region. Sbas yul are described by visionary lamas called ‘treasure finders’ who located hidden lands and wrote guidebooks to them. Scholarly understandings of sbas yul as places for spiritual cultivation and refuge from war have been complicated recently. Research now explores such themes as the political and economic role of ‘treasure finders’, the impact of sbas yul on indigenous populations, and the use of sbas yul for environmental protection and tourism. This book showcases recent scholarship on sbas yul from historical and contemporary perspectives.

€110.00$132.00
​
Add to Cart
Frances Garrett is Associate Professor of Tibetan and Buddhist at the University of Toronto. She has published on intersections between tantric practice, ritual knowledge and medical theory, as well as on the Gesar epic.
Geoffrey Samuel is Emeritus Professor at Cardiff University, Wales, U.K. and Honorary Associate at the University of Sydney, Australia, where he directs the Body, Health and Religion (BAHAR) Research Group. His academic career has been in social anthropology and religious studies. His current research interests include Tibetan yogic health practices, Tibetan medicine, and the dialogue between Buddhism and science.
Elizabeth McDougal, PhD candidate (due 2020), University of Sydney, has two Masters in Buddhist Studies and Indian Philosophy from University of Sydney and Banaras Hindu University, respectively. She has worked as a Tibetan-to-English translator for ten years and published several articles on the modernization of Tibetan Buddhism.
Preface
Geoffrey Samuel, Frances Garrett and Elizabeth McDougal

Note on the Locations of the sbas yul
Maps

1 Hidden Lands of Tibet in Myth and History
Geoffrey Samuel

3 Did sbas yul Play a Part in the Development of Tibetan Book Culture?
Hildegard Diemberger

Part 3: The sbas yul in the Modern World: Ethnographic Perspectives

10 Voices from the Mountainside: Vernacular sbas yul in the Western Himalaya
Callum Pearce

12 How Is This Sacred Place Arrayed? Pacification, Increase, Magnetism, and Wrath in the Establishment of an Eastern Himalayan sbas yul
Amelia Hall

Part 4: Two Guidebooks to the Hidden Land of Padma Bkod

Mahāmudrā in India and Tibet 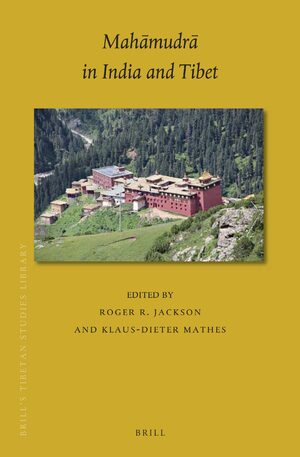 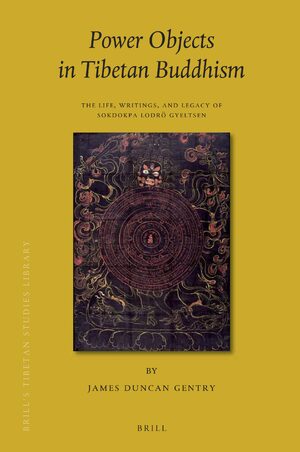 A Buddhist Pilgrim at the Shrines of Tibet 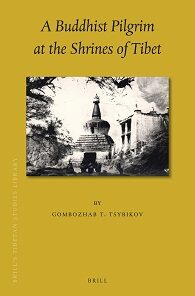