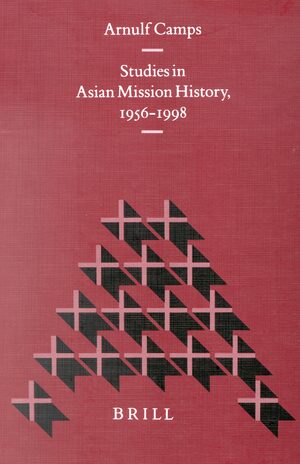 Author: Arnulf Camps
In this volume the miscellaneous writings of Arnulf Camps are published. They deal with the activities of Catholic missionaries during the last five centuries in nine countries situated between Turkey and Japan. This research focussed on the discovery of hidden, unknown or forgotten sources. New insights were gained into: the reception of the Christian faith in China and Japan; the missionary efforts to enter the Mogul Empire; the composition of the first Sanskrit grammar by a western scholar; the controversial study of Islam by a Franciscan missionary in China; the vain attempt to enter Afghanistan by Mill Hill missionaries; the pioneering work of the founder of Catholic education in Kandy; the policy and practice of establishing local churches in China, India and Vietnam; and the missionary reform by the first Apostolic Delegate in China. Missiologists and historians will find in this book new material as well as new insights.
E-Book

€170.00$212.00
​
Add to Cart
Arnulf Camps, D.D. (1957) in Missiology, University of Fribourg, Switzerland, was Professor of Missiology and Islamology at the Karachi Regional Seminary, Pakistan (1957-1961) and Professor of Missiology at the Catholic University of Nijmegen, The Netherlands (1963-1990). He has published extensively on Asian Mission History, including The Friars Minor in China (1294-1955), especially the years 1925-1955 (St. Bonaventure University, 1995).
' ...festive volume...an eminent example of mission history...but rather a lively picture of the [...]joyful encounter of Christianity with Asian religions and cultures.
'Karel Steenbrink, Exchange, 2000.
‘ Along with appreciation for the insights given from such detailed studies, and for the unexpected glimpses of Christian presence in significant periods and neglected places, I value expecially this re-orientation to local Church history in the region which is presented, as integral to the larger socio-cultural history of a people.’
John C. England, Asia Journal of Theology, 2001.

All those interested in mission history, Islamology, Sanskrit studies, the history and theology of dialogue between religions, and Asian Studies.