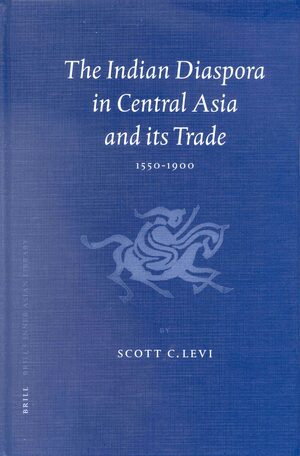 Author: Scott Cameron Levi
Based on original research in the archives of Uzbekistan, this book surveys the early modern commercial relations between India and Central Asia and examines the emergence, economic function, social organization, and decline of an Indian merchant diaspora. This diaspora consisted of tens of thousands of Indian merchant-moneylenders living in communities dispersed across Central Asia, Afghanistan, Iran, the Caucasus and much of Russia.
The book illustrates how these diaspora merchants utilized their position as agents of heavily capitalized, caste-based Indian family firms to finance transregional trade and complex systems of rural credit and industrial production. It concludes with an analysis of the Russian colonial administration’s policies toward the Indian merchants, and explains how these policies brought about the decline of the diaspora in Central Asia.
Hardback

€133.00$165.00
Hardback
Add to Cart
Scott Cameron Levi, Ph.D. (2000) in History, University of Wisconsin-Madison, is Assistant Professor of Asian History at Eastern Illinois University.
"Levi has shown that the Indian trading diaspora […] played a vital role in the economic and ultimately political history of the region. It is essential reading for anyone interested in that history." – Peter B. Golden, in: Central Eurasian Studies Review, 2005 "This is a superb account of an important theme […] based on extremely wide reading of secondary sources and travelers' accounts, as well as on archival sources […] His book should put to rest the hoary old idea that the Silk Roads in general, and Central Asia is particular, dwindled to insignificance from the fifteenth century […] It is [a] fine book on a very important theme." – David Christian, in: Journal of World History, 2003
All those interested in the history of South Asia, Central Asia and Iran, as well as Eurasian economic and commercial history, world history, European colonialism in Asia and diaspora studies.