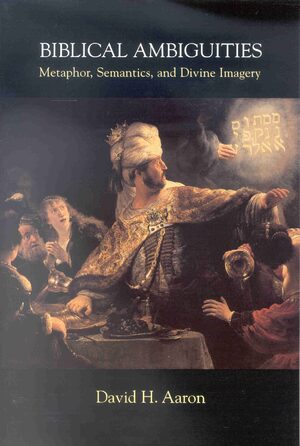 Author: David H. Aaron
Ancient texts are ambiguous, and the Hebrew Bible is no exception. One might even frame the history of a religion as a history of a belief system’s management of ambiguity. Applying a linguistic model, Aaron systematically examines and veritably celebrates this inherent ambiguity in order to understand God-related idioms in the Hebrew Bible, more specifically, whether a particular idiom is meant to be understood metaphorically. Aaron examines the original intent of the writers of biblical literature and suggests that one can conceptualize texts as metonyms for their authors and their historical contexts. Through an in-depth exploration of semantic theory, Aaron places metaphor on a non-binary “continuum of meaning” instead of using a limiting either/or conception of figurative speech. Aaron challenges current methodologies that dominate biblical scholarship regarding metaphor and offers original, viable alternatives to the standard approaches. This interdisciplinary project takes into consideration a broad range of issues, which point to further areas of study. Aaron’s model for gradient judgements, that is, a method for judging statements and placing them on a “continuum of meaning,” offers a new building block for biblical study and interpretation.