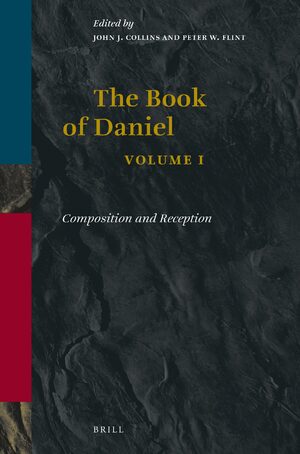 Editors: Collins and Peter W. Flint
Even though the earlier debates of the twentieth century have subsided, questions concerning the composition and genre of Daniel, the social setting of the work, its literary context, and its theology persist. Because of the Dead Sea Scrolls discoveries and advances in understanding the history of transmission, Daniel has found a new generation of scholars interested in its place in the Jewish and Christian scriptures. Collins and Flint have assembled a stellar international team to review the state of Danielic studies and the hot issues surrounding them. Of the thirty-two essays, only one has previously appeared. Articles on Second Temple Judaism, theology, apocalypticism, and the New Testament afford the foundational resources scholars require for doing their own detailed analysis.

This publication has also been published in hardback, please click here for details.
Paperback

€54.00$67.00
Paperback
Add to Cart
John J. Collins is Holmes Professor of Old Testament at Yale University. He has published widely on apocalypticism and Hellenistic Judaism. Peter W. Flint is Associate Professor of Biblical Studies at Trinity Western University in Canada. He has published widely on the Dead Sea Scrolls, the Psalms, and the Septuagint.