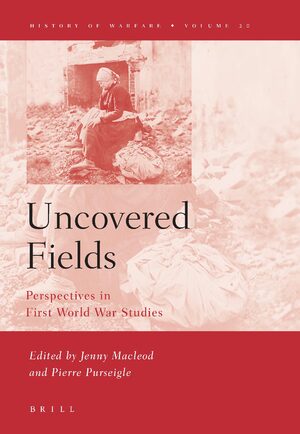 €162.00$202.00
Hardback
Add to Cart
Jenny Macleod, Ph.D. (2000), Pembroke College, Cambridge, is a Postdoctoral Research Fellow in the School of History and Classics, University of Edinburgh. She was previously Lecturer in Defence Studies, King’s College London at the Joint Services Command and Staff College. Her books on the cultural history of the Gallipoli campaign will be published in 2004. Pierre Purseigle is a member of Pembroke College and a Visiting Research Scholar at the Modern History Faculty, University of Oxford. He graduated from the Institut d'Etudes Politiques, Lyon and studied History at the University of California, Berkeley and at the University of Toulouse where he is completing his Ph.D. on social mobilization in WWI England and France.
Contributors Acknowledgements Introduction: Perspectives in First World War Studies Pierre Purseigle and Jenny Macleod 1. A Uniform of Whiteness: Racisms in the German Officer Corps, 1900–1918 Michelle Moyd 2. Soldiers’ Suffering and Military Justice in the German Army of the Great War Anne Duménil 3. Cromwell on the Bed Stand: Allied Civil-Military Relations in World War I Michael S. Neiberg 4. A Community at War: British Civilian Internees at the Ruhleben Camp in Germany, 1914–1918 Matthew Stibbe 5. Beyond and Below the Nations: Towards a Comparative History of Local Communities at War Pierre Purseigle 6. Stereotypical Bedfellows: The Combination of Anti-Semitism with Germanophobia in Great Britain, 1914–1918 Susanne Terwey 7. Leave and Schizophrenia: Permissionnaires in Paris During the First World War Emmanuelle Cronier 8. Forging The Industrial Home Front: Iron-Nail Memorials in the Ruhr Stefan Goebel 9. The Great War Between Degeneration and Regeneration Jean-Yves Le Naour 10. ‘Gladder to be Going Out Than Afraid’: Shellshock and Heroic Masculinity in Britain, 1914–1919 Jessica Meyer 11. Tears in the Trenches: A History of Emotions and the Experience of War André Loez 12. La Dame Blanche: Gender and Espionage in Occupied Belgium Tammy M. Proctor 13. War Neurosis and Viennese Psychiatry in World War One Hans-Georg Hofer 14. How a Pro-German Minority Influenced Dutch Intellectual Debate During the Great War Ismee M. Tames 15. 1914–18: The Death Throes of Civilization. The Elites of Latin-America Face the Great War Olivier Compagnon Index
All those interested in the First World War, the comparative study of warfare, and its cultural and social history, as well as historians, academic libraries, social sciences institutes and military academies.